ENCOURAGING OUR STUDENTS TO FLOURISH, THROUGH THE EXPRESSION OF THE PERFORMING ARTS 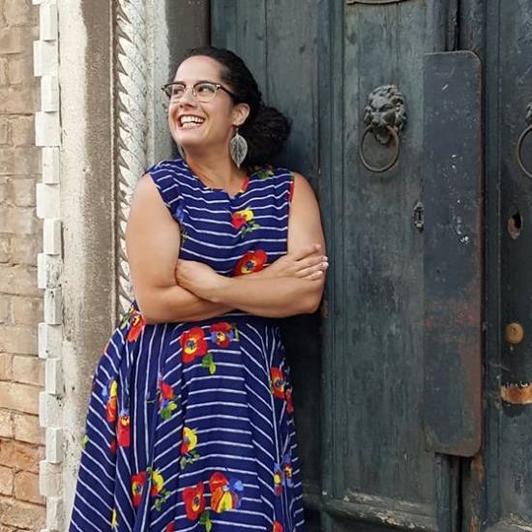 Ms. Jessica Binder
"Interesting People" Podcast Interview featuring Ms. Binder: HERE
​SCHOOL: Reservoir High School
CLASS ROOM: Drama Commons & The Auditorium
SCHOOL PHONE: (410) 888-8850
EDUCATION: Emerson College Boston, M.A. Theatre Education
University of Maryland at College Park, MD, B.A. Theatre Performance Emphasis: Theatre for Youth and Puppetry
Ms. Binder loves theatre!! She has been involved with theatre her whole life, has has been involved in over 100 productions. She is honored to be a theatre teacher. Ms. Binder studied theatre at the University of Maryland at College Park (UMCP), where she received her B.A. in Theatre with a focus in Theatre for Youth (TYA) and Puppetry. During that time, she performed in productions, read a ton of material on theatre, and basically enjoyed every moment of it. Part of her undergraduate degree was earned by studying out of state, having transferred to Arizona State University for a portion of her undergraduate degree. This broadened her horizons by giving her the chance to take special graduate level courses in Theatre for Youth (TYA), while still being an undergraduate. Ms. Binder continued pursuing her passion for theatre by receiving a Masters degree from Emerson College in Boston, where she continued to study Theatre in Education. During her time studying for her M.A. in Theatre Education, Ms. Binder also performed in several Boston based productions, as well as received the honor to be the Emerson College Peace Games Coordinator. This incredible position allowed Ms. Binder the privilege of mentoring several peer teachers to encourage participating inner-city school programs to learn from Peace Games. This program gave students the tools necessary to understand how to approach conflict with a more understanding approach. Ms. Binder loved performing, but also had a strong connection with puppetry. Growing up, one of her favorite things to watch were the Muppets and cartoons. She has since studied and taught puppetry through the UMCP Scholars Program during her undergrad,as an Adjunct Professor at Howard Community College (HCC), as well as at the CELLspace Artists Collective in San Francisco, CA (where she previously resided). Having been a puppeteer in the award-winning San Francisco based puppet troupe, Lunatique Fantastique, Ms. Binder truly got to realize her dream. When she's not teaching and directing, she loves to go to art museums, read good books,drink coffee, make puppets, and take naps in the sun. She's traveled around quite a bit, and has lived and performed in a lot of beautiful places,including Hawai'i, California, Massachusetts, Arizona and even overseas in London, England.
Ms. Binder currently teaches: Theatre Arts 1 Theatre Arts 2,3,4 Musical Theatre Co-Curricular Theatre Productions Improv Club Sponsor


Mission Statement: Create an environment for imaginations and creativity to flourish, through the expression of the performing arts!