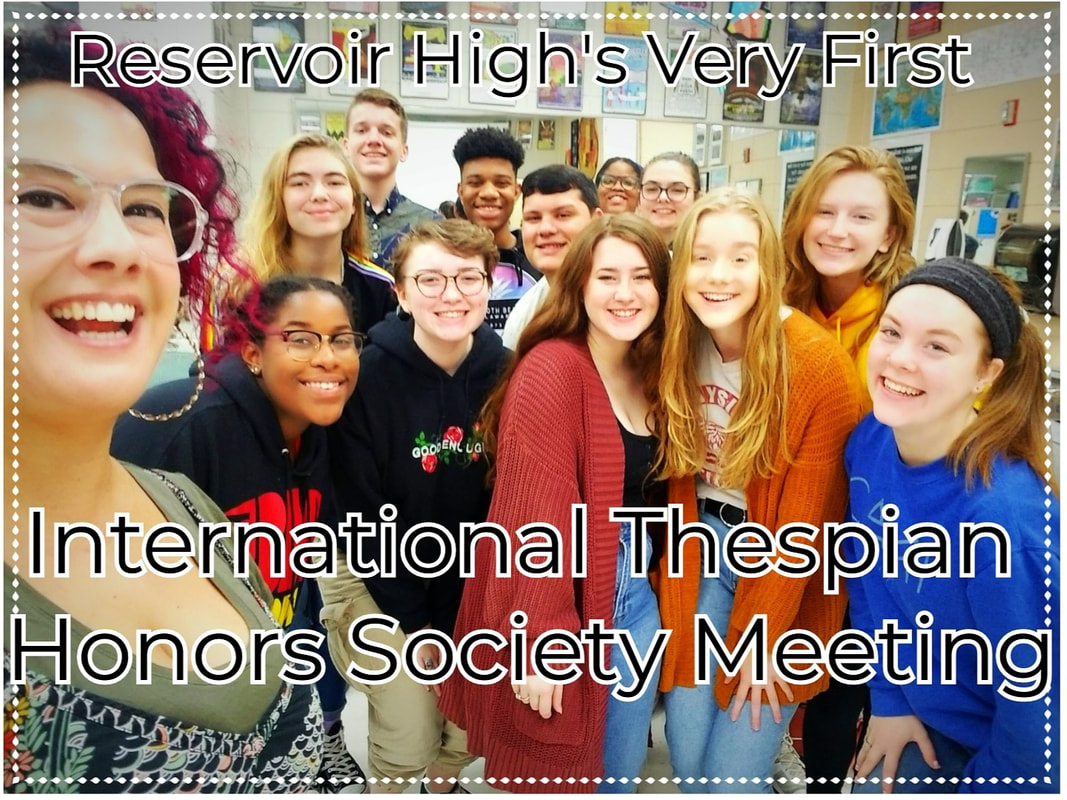 What Is It?
Commitment to theatre is what the International Thespian Society is all about. The Society was established in 1929 by a group of college and high school teachers in Fairmont, West Virginia. They named their organization for Thespis, the Greek who, according to legend, was the first actor; their guiding principle was a dedication to excellence in theatre arts in secondary schools. In the years since, the Society has grown into an international organization with more than a million members, but its goals haven’t changed; the International Thespian Society still strives to make education and arts programs places for good theatre and to honor those students who do theatre well. The Society is a service as well as an honorary organization.

What Will I Do As A Member?
The troop will meet throughout the year to discuss new theatre news and other important news. Attendance is required unless otherwise said so by the troop director (Ms. Binder).

Who Can Join?
Membership in the International Thespian Society is open to RHS student who:
• Are in grades 10 through 12
• Participated in 2 RHS productions to be eligible for application
• Enrolled in at least one RHS theatre arts class annually
• Accumulated at least 10 ITS points

How Do I Join?
In order to join, please obtain an application from Troupe director, Ms. Binder.  A brief summary of the point system follows. Points can only be awarded for activities done since you started high school. An in-depth list of point values can be found attached to the application. There are $55 induction dues (first year only includes induction and graduation cords), and $20 fee (for returning members only) to remain a member in good standing.

Guidelines for participation:
The minimum eligibility requirement for Thespian induction is one hundred hours of quality work in theatre arts and related disciplines.
• One Thespian point represents approximately ten hours of quality work. This formula is used to award points for duties that aren’t listed
• Inductees must earn ten points, five of which should be for work done at the school where they will be inducted.
• Thespians moving to other affiliated schools are entitled to transfer their memberships. Transferring Thespians bring a minimum of ten points with them to the new school. Induction points should be earned through participation in at least two full-length productions, or one full-length and two one-acts, or four one-acts.
• Induction points should be earned in at least two of the listed categories, for example, acting and production.
• Students may earn up to five points toward induction through participation at the middle school level; in community, children’s, or professional theatre; or in other performing arts activities. They may earn additional points after induction at the troupe director’s discretion and upon knowledge or verification of participation.
• Thespian membership will be made available on an equitable basis to all students who qualify. No student will be elected into the Society; and peers may not have a role in awarding points or deciding induction eligibility.